Respiratory diseases is one of the most common health problems that preterm infants may face. 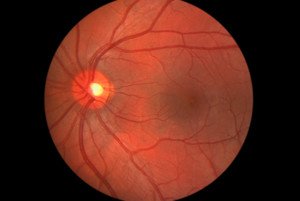 The underdevelopment of the retina is the cause of retinal degeneration in preterm infants. 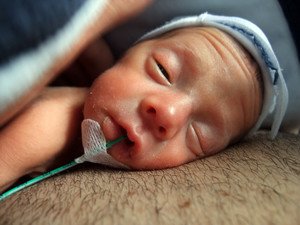 Premature newborns with extremely low body weight are normally fed through the gastric tube for a certain period.

Due to the underdeveloped organs in preterm infants, they are vulnerable to a variety of health problems, the most common being respiratory diseases, including:

The underdeveloped lungs in preterm infants lead to insufficient surfactant production, which causes a tendency of the alveoli to collapse and impaired gas exchange. As a result, the newborns may suffer from breathing difficulty, or worse, respiratory failure. Generally speaking, respiratory distress syndrome is commonly seen in infants born before 32 weeks of pregnancy or those having a birth weight of less than 1.5 kg. Respiratory apparatus, along with synthetic surfactants, are used by doctors to improve the breathing condition of the infants. Oxygen therapy is necessary in some cases to maintain normal blood oxygen level. The earlier in pregnancy a preterm infant is born, the longer period of oxygen therapy is required. Respiratory support with oxygen is required for some preterm babies even after their discharge from the hospital.
Preterm infants have an underdeveloped respiratory centre due to the immaturity of the brain and as such, in the event of hypoxia or a change in the partial pressure of carbon dioxide in blood, the central nervous system would experience a delay, resulting in an apnea (of more than 15 seconds). Apnea is clinically defined as the cessation of breathing for more than 20 seconds or less than 20 seconds if it is accompanied by oxygen desaturation or bradycardia. Spontaneous breathing will usually resume with the use of external stimuli. While the drop in oxygen saturation can be measured by pulse oximetres, the symptom naturally subsides with growth in most infants after being discharged.
Chronic lung disease is commonly developed among preterm infants who have been put on a ventilator for a prolonged period of time (more than 2 weeks) and require supplemental oxygen after 28 days of life. During the first year after being discharged, these infants are more likely to be re-admitted to the hospital for lung problems. Most gradually outgrow the condition as their lungs mature.
Apart from respiratory problems, preterm infants may also suffer from the following health problems:
Normally, the ductus arteriosus connecting the pulmonary artery and the aorta closes on its own after birth. In some infants, however, the ductus arteriosus fails to close or re-opens. The condition can be treated by the control of water intake and medication. Surgery may be required in severe cases.
Intraventricular haemorrhage easily occurs in preterm newborns with unstable health conditions. In the case of mild bleeding, in which ventricles are not enlarged, the problem will resolve itself without any sequelae; however, in the case of severe bleeding, in which ventricles are enlarged, this may result in a neurological deficit.
The underdevelopment of the retina is the cause of retinal degenerationin preterm infants. Infants who require a high concentration of supplemental oxygen for a long time after birth have a chance to trigger the abnormal growth of blood vessels in the retina, resulting in various degrees of degeneration. Most patients show improvement without any treatment.
Physiological jaundice appears much earlier in preterm infants than full-term infants. It also takes longer for jaundice to disappear. Symptoms include yellowing of the infant’s skin, which can be treated with phototherapy. Some preterm infants may suffer from pathological jaundice due to certain diseases. Their skin may appear to be dim yellow, but in most cases, jaundice will gradually disappear as health condition stabilises.
As preterm infants generally have low digestion and absorption capacity, they should be fed with small portions of food in a progressive way. Premature newborns with extremely low body weight are normally fed through the gastric tube for a certain period. Rarely infants would develop necrotizing enterocolitis, which will require special treatment.
It is very common for extremely preterm infants to develop unilateral or bilateral inguinal hernia when they are close to being stabilized enough to be discharged from the hospital (with a body weight of 2 kg). Surgery is required to cure the problem.
As the immune system of preterm infants is not yet fully developed, they are vulnerable to infections of bacteria or viruses, which can invade the bloodstream and spread, resulting in a systemic inflammatory response. Examples of typical symptoms include loss of appetite, cold limbs, persistent jaundice and slow response. Septicaemia may cause severe complications such as meningitis, which requires special attention and immediate treatment.
The likelihood of the above health challenges is associated with how early the baby is born. The earlier in pregnancy a baby is born (i.e. the shorter the gestational weeks), the more likely it is to have health problems.
Despite the various health issues that preterm infants face, their survival rate has vastly improved with the advancement of medical technology. As long as proper care is provided, the lives of some preterm babies, who would have died easily in the past, can now be saved. In recent years, even premature infants weighing as low as 0.5 kg can survive without severe sequelae.

With the attentive care of medical staff and parents, most preterm infants can strive through their complications and gradually towards health. Once they are able to breathe spontaneously, maintain a stable body temperature, drink from a bottle and steadily gain weight, they are allowed to go home.